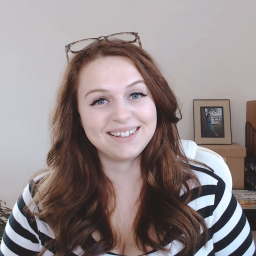 Welcome to the blog of Brit Poe, dark fantasy author, where she discusses fantasy books, her books and the characters that live inside them, her crazy personal life as a navy wife and homeschooling mom of three. Learn more about her here.

2020 was a great year for romantic fantasy books. As a member of the indie author community I am always so excited when I see a new indie releasing a fantasy romance, which is by-far one of my favorite genres to read. And 2020 gave birth to some amazing romantic fantasy reads.

The books listed below have been my favorites that released this year by an indie author (that just means they self-published). And while 2020 isn't quite over yet, I know there will be even more gems published before the new year.

So come on over, support an indie author and find your next favorite romantic fantasy read!

She is heir to a Sultanate that once ruled the world. He is an unwanted prince with the power to destroy.

She is order and intellect, a woman fit to rule in a man's place. He is chaos and violence and will stop at nothing to protect his people.

His magic answers hers with shadow for light. They need each other, but the cost of balance may be too high a price. Magic is dying and the only way to save it is to enlist mages who wield the forbidden power of death, mages cast out centuries ago in a brutal and bloody war.

This book had all of the elements I love: well-defined characters, a heroine who is strong and smart, a hero who is her match, a great story and setting, and a love that grew slowly and tenderly.

2. To Carve a Fae Heart by Tessonja Odette

Every young woman dreams of marrying a king.
Everyone except for me.
Because the king I am to wed has razor sharp fangs and a thirst for blood.

This book completely sucked me in with the world-building, fast-paced plot, likeable characters, and sassy fmc.

Maeve of Carn is a warrior of warriors, but she’s no hero.

Born with superhuman strength she sells her abilities to mercenaries and warlords in exchange for wealth.

Until the night of the full moon. . .

In the midst of a raid, led by the warlord she just might be falling in love with, Maeve is taken by the Dark Fae.

With much mystery, many secrets, and characters trying to manifest their own desires, Pawn is an amazing tale of a woman, who is a pawn of the fae and will go on a journey to discover who she is and is she willing to change.

4. Daughter of No Worlds by Carissa Broadbent

A former slave fighting for justice. A reclusive warrior who no longer believes it exists. And a dark magic that will entangle their fates.

Masterpiece of a romantic fantasy read! There are no court politics, no OP female lead with some boring male lead but they felt actually compelling and real.

5. The Hunt by Frost Kay

Death marked her from her very first breath.

Being sired by a Madrid is supposed to be a blessing, but for Tempest, it's a curse that leaves her orphaned, penniless, and enslaved to a blood thirsty crown on the brink of war.

Found too unruly to become a ward of the court, she's thrust into the care of the King's Hounds - the assassins and warriors responsible for protecting the kingdom. Driven by rage and an oath to avenge her mother's memory, Tempest throws herself into training.

But becoming the first ever female assassin isn't enough. Now, she must obtain the heart of her kingdom's most feared enemy - the jester - a deadly shapeshifter hidden in a land twisted by myth and darkness.

Revenge is never easy or cheap. Tempest is willing to sacrifice everything to see justice served. Even her own soul and freedom.

I highly (I repeat, I HIGHLY) recommend this book to anyone looking for a sizzling romance between two people who are not only fighting a war between their countries but also their hearts.

6. Hollen the Soulless by Denali Day

Always the dutiful daughter, Lady Joselyn is weeks away from marrying a rival lord in order to save her house. However, she suddenly finds herself in the clutches of an ancient beast she’s only ever heard of in legends. More terrifying than that is the beast’s master, a wild man who insists Joselyn is his bride by right, and plans to seal his claim in blood.

Wyvern-rider, Hollen, has finally captured the woman of his dreams, though he quickly learns waiting for her was less than half the battle. His new bride wants nothing to do with him and Hollen knows he only has one chance to change her mind.

Their wills pitted against each other, Joselyn will go to any lengths to free herself from this savage and fulfill her marital contract. Her father’s life depends upon it. To win her over, Hollen will do whatever he must, even if it means keeping secrets.

Even as she plots her escape, Joselyn begins to wonder if one can also be bound by a duty to their own heart.

The Dokiri men are swoonable: honorable Vikings meet the book version of Khal Drogo. And they ride wyverns!

7. Court of Ruins by Jenna Wolfhart

In a war-torn land, love is always a lie.

Reyna Darragh despises the scheming ways of the fae courts--she’d rather be on the battlefield. But as the daughter of a High King, her hand in marriage can end the war faster than her sword. So, with her realm in tatters, she agrees to marry her enemy, Prince Thane.

The very same prince who killed hundreds of her kind during the war.

This is a exciting story about a new world where the fae have lost their magic and are all the realms are plotting and fighting each other.

8. Beneath Black Sails by Clare Sager

Sometimes it takes a pirate to catch a pirate.
With weather magic on her side, Lady Vice is the bane of the high seas, but she isn’t captain of her own ship. Yet. If she can persuade her captain to give her a command, she’ll be in charge of her own fate.

To pay off his family’s debts, Knigh Blackwood hunts pirates for the Royal Navy. And he’s damn good at it. When the bounty on Lady Vice increases, he’s determined to make her face justice, even if that means using unorthodox methods.

If you need a spicy hot action romance with believable characters, a strong sassy heroine and pirates. Look no further.

BONUS : The Dark Between by Brit Poe

And if you love a bit of romance with your fantasy reads - this one is mine! The Dark Between 2020 Preorders

What do a necromancer working for a secret order and the Grand Magistrate of Souls have in common?

Nothing… other than being paired up to save the souls of the innocent.

May the Mother bless us all...

Please log in again. The login page will open in a new tab. After logging in you can close it and return to this page.